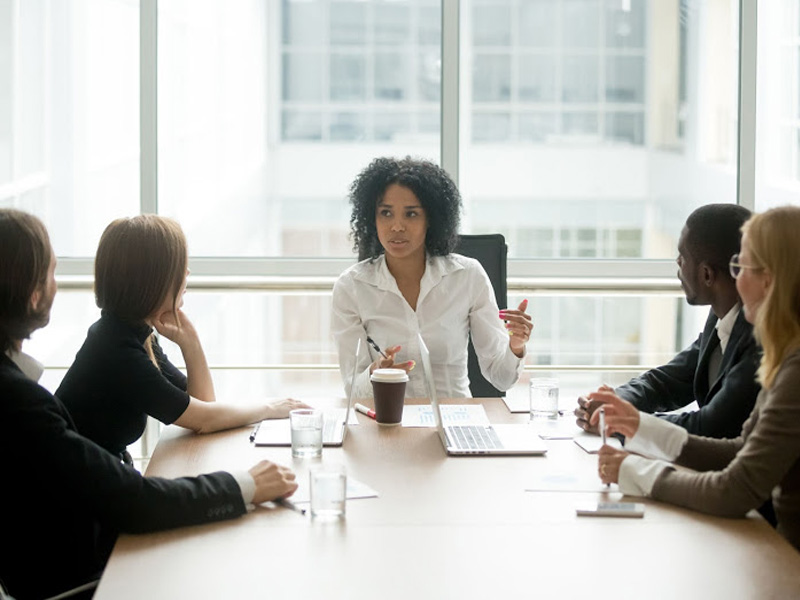 Africa has come a long way in closing its gender gap

I am grateful for the guidance and mentorship of, among others, former co-chairs of the WEF on Africa including Ellen Agler, Winnie Byanyima, Bineta Diop, Monhla Wilma Hlahla, Arancha Gonzalez Laya, Frannie Léautier, Graça Machel, and Phumzile Mlambo-Ngcuka. Under their leadership, we have steadily been able to increase the active participation of women leaders shaping the African agenda through public-private collaboration.

Africa has come a long way in closing its gender gap.

Rwanda ranked in the global Top 10 of the World Economic Forum’s (WEF’s) Global Gender Gap Report 2020. In the same index, Ethiopia ranked among the top five most-improved countries and has a woman president, Sahle-Work Zewde. Overall, since the last edition of the report, sub-Saharan Africa closed its gender gap by 68%. Despite variations across different countries, the gender gap in terms of health and survival is small in the region.

But having looked at the glass half full, it is also worth reflecting on the bad news.

The political empowerment gender gap in the region remains large. Only Ethiopia, Rwanda and South Africa have more than 48% women ministers. Regarding the economic participation and opportunity gender parity, there is also still more work to be done. Benin is the top performer in this space, having closed 84.7% of the gap.

I am deeply grateful for the opportunities, lucky breaks and support that I have received for decades from the many men in my life, from my father, brothers, friends, mentors and bosses. That notwithstanding, my experience working in the world of economics and finance, which is still dominated primarily by men leaders, the jury is still out about how ready the world is for women leaders.

It’s too much to ask women leaders to conform to the status quo. We must boost the growth of women business leaders.

Africa has a long tradition of women entrepreneurs, with the most famous being the so-called Mama Benz of West Africa. Mama Benz became so wealthy by trading brightly coloured cotton fabrics preferred for local clothing that she could afford to buy Mercedes cars.

According to the World Bank, sub-Saharan Africa also has the highest rate of entrepreneurship globally, and this is the only region where the majority of entrepreneurs are women.

Yet most women businesses remain stuck at the micro level, unable to grow due to a range of factors. The report, Profiting from Parity: Unlocking the Potential of Women’s Businesses in Africa 2019, finds that barriers to growth and profitability include social norms, networks and strategic business decisions. In the context of the fourth industrial revolution, it is also alarming to note that the technology gender gap is widening, further crippling the growth potential of women entrepreneurs.

Also worrying is the growing digital divide – women are being left behind in the era of the fourth industrial revolution.

These initiatives to highlight women-led start-ups leveraging the fourth industrial revolution raised awareness about the innovations emerging from Africa, as well as the opportunities and challenges faced by women entrepreneurs. Accordingly, at the WEF on Africa meeting 2019 in Cape Town, the first Africa Scaling Start-ups Programme was launched with the goal of helping scalable start-ups that have raised more than $1-million to grow in their industries and markets.

With deliberate efforts, the trickle of about 20% of high-growth women start-ups can increase and bridge the inclusivity gaps in their respective economies and societies.

Forging ahead also requires society at large to confront the ugly reality of physical and emotional violence that women are too-often confronted with. Violence against women is a growing phenomenon and holds back individual progress both at work and at home. Personal security must be stepped up urgently.

Also worrying is the growing digital divide – women are being left behind in the era of the fourth industrial revolution. It does not bode well for the continent’s future if its potential entrepreneurs are locked out of the digital economy locally, regionally and globally.

In 2016, the WEF launched the Internet for All initiative in Rwanda, followed by a launch of a country programme in SA in 2017. This initiative was a global call to action targeting about 4-billion people worldwide with no internet access. In recent years, there have been additional initiatives specifically designed to bridge the digital gender gap, including the Africa Smart Women and Girls initiative. More efforts are needed to find and scale innovative solutions.

As a child, I was a staunch advocate for equal opportunity. Decades later, I am personally taken aback by how little progress has been made in expanding the representation of women in business and politics.

I am grateful for the guidance and mentorship of, among others, former co-chairs of the WEF on Africa including Ellen Agler, Winnie Byanyima, Bineta Diop, Monhla Wilma Hlahla, Arancha Gonzalez Laya, Frannie Léautier, Graça Machel, and Phumzile Mlambo-Ngcuka. Under their leadership, we have steadily been able to increase the active participation of women leaders shaping the African agenda through public-private collaboration.

Still, it feels like a never-ending climb of Mount Kilimanjaro, Africa’s highest peak. This must change. The evidence for actively integrating women leaders in management and leadership teams is unequivocal. It results in better decisions. It results in better outcomes. It is a wise decision for a better world. Let’s not just make it happen; let’s make it easier.